Sumner County was most definitely TNReady. Dr. Phillips, the School Board, and the County Commission made sure of that, appropriating and approving $500K annually for school technology upgrades. Madison Creek was absolutely TNReady. MCE parents made sure of that, raising more than $160K through fundraising efforts over the last four years. Since 2012, our school has drastically improved technology, adding more than 150 iPads, increasing the number of computers from 30 in a single lab to more than 90 spread across three separate labs, and building a completely wireless campus. Clearly, both the county and our school were nicely positioned for the beginning of online standardized testing, known simply as TNReady.

The Tennessee Department of Education (TDOE) may or may not have been TNReady, but its testing vendor, North Carolina-based Measurement Incorporated (MI), was definitely TNOTReady. Most stakeholders are aware that on Monday, February 8, our state ushered in the much anticipated era of online testing for elementary schools. At approximately 8:25 a.m. on that cold, inaugural February morning, the MI online testing platform, MIST, crashed and burned before the eyes of students all across the state. Interestingly, students and teachers were not surprised by the disaster. Quite the contrary. The same website had been crashing on them for weeks and months leading up to the official test, as they practiced using the MIST interface. Truthfully, the only thing that might have surprised the elementary world on February 8 would have been if MIST had actually survived under the technological stress of statewide testing. MIST missed the mark.

The official diagnosis of the testing disaster, according to the Commissioner of Education, Dr. Candice McQueen, was a “severe network outage” experienced by the state’s vendor, Measurement Incorporated. In an email to Tennessee school districts, McQueen expressed a loss of confidence in MI, resulting from the “new nature” of the problems experienced on February 8. To the credit of TDOE in general, and to Dr. McQueen’s credit in particular, exhaustive efforts were made to prevent the meltdown. Countless field tests, improvements to server capacity, and continual collaboration with local school districts were only a few of the efforts made in the weeks, months, and years leading up to online testing. Nonetheless, I don’t know a single educational professional who thought we would be able to pull off in 2016 what Phil Bredesen (D) and his successor, Bill Haslam (R), insisted we try.

Planes built during flight don’t land well. In fact, I can think of only one analogy more asinine than “building a plane as we fly it,” but it is regrettably and unfortunately an analogy that has sadly materialized. On February 8, 2016, Captain Haslam, not Commander McQueen, piloted a plane named TNReady to its destruction, stubbornly insisting on “building the plane as we LAND it.” Having parachuted out earlier, Bredesen, Huffman, and Freitag were M.I.A. Airship TNReady crashed and burned with the media watching, and the debacle has become, in my opinion, Governor Haslam’s very own Hindenburg Disaster, no matter how far he attempts to distance himself from the wreckage. Setting aside the differences in time (1937 vs. 2016) and context (aviation vs. education), similarities abound between the Hindenburg Disaster and the TNReady Debacle. Admittedly trivial but remarkably intriguing, comparisons between the two failures are outlined in bullet points below. 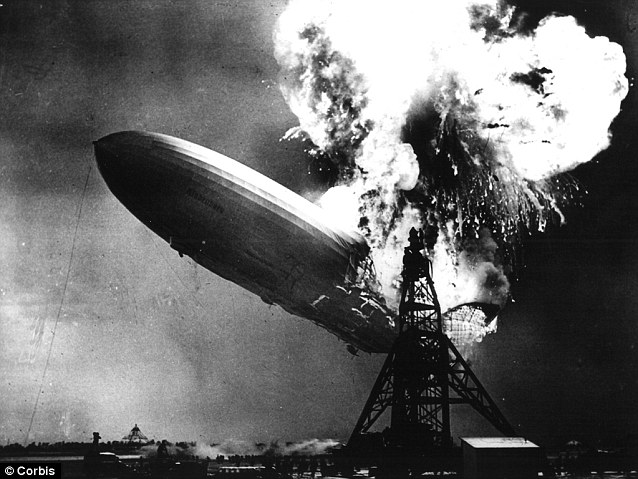 As remarkable as these parallels are, however, there remains one glaring contrast between the Hindenburg and TNReady—LEADERSHIP. By virtually all accounts, Captain Max Pruss emerged a hero in the aftermath of the Hindenburg disaster. Eyewitness accounts confirm that he was seen carrying a crewmember from the burning wreckage immediately after impact. Additional corroborated testimony indicates that Pruss, in spite of extensive burns on his face and extremities, insisted on returning to the flames in search of survivors, until rescue workers were finally forced to restrain him. After months of hospitalization and reconstructive surgery, Captain Pruss lived out the rest of his life with a disfigured face and the scars of the disaster.

Has anyone seen Captain Haslam in the wake of the TNReady crash? I’m quite certain he survived the wreckage. Still, day after day, Commander McQueen bravely faces the firing squads alone, squads of TV reporters and their cameras, newspaper journalists and their notepads. Why must the Commissioner of Education take all responsibility for this legislative mandate? Where is our Governor in the midst of this crisis, and what does his absence say about his leadership capacity? From a principal’s ground-level, eyewitness account, when TNReady went down in flames on February 8, Governor Haslam ran as quickly and as far away from the carnage as possible, his political face saved and no scars to show, his TDOE team left with no cover from their leader. TDOE deserves better. Students and teachers deserve better. Tennessee deserves better. Real leaders run into that wreckage to save their crew. “Oh, the humanity,” indeed.

Despite the embarrassment of Haslam’s Hindenburg, Sumner County remains well positioned for the inevitability that is online testing because we are a team. I am proud of Dr. Phillips, Dr. Brown, and their staff for having the foresight necessary in becoming TNReady. I am inspired by a School Board that prioritizes children above all else. I am grateful to Strong Schools for cultivating the political landscape and sowing the seeds of educational improvement in this county. I am indebted to our County Commissioners for supporting our schools financially and enabling us to provide our students with a world class education. Finally, I am humbled to be principal of Madison Creek.  Our staff, our students, and our parents were ready for online testing on February 8, 2016. Rest assured, Creek Nation and Sumner County will remain TNReady. Still, we remain tethered to the state and federal Departments of Education.  Ironically, the Hindenburg was also tethered at the time of disaster.